“It was rainy and it was cold and that was 15 years ago.  They brought you from California – a new name to make in a new place.  People never know what they’re getting into.  They never think their past will follow them.  But we all do wrong sometimes, don’t we girl – don’t we girl?  And they all said, ‘a little baby boy is born.’”  “Almost Persuaded,” Hollis Donald 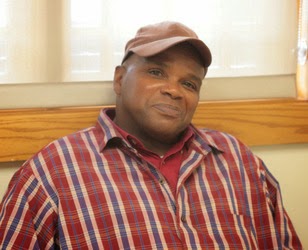 There was a time and you knew it, when it all came to you,
That life was put on your shoulders.
Deep inside was the call of man and the responsibility
Of the mission of your life was yours to understand.
There was a fork in the road, a choice to be made.  Which way did you chose?
It seems like it was just yesterday we talked.
“When you think you’re right, you’re wrong – Think you’re big, you’re so small.”

At Miller Bakery Café Anne Balay and I both of us ordered steak salads.  She’s been traveling all over the East Coast and Midwest, so I hadn’t seen her in quite a while.  Nobody has ever been more deserving of tenure and promotion than Anne.  In the two years I argued her case on my blog, were any administrators, I wonder, almost persuaded?   It might have been different if they weren’t all men or if Anne weren’t am open lesbian.   Forced to put her house up for sale, Anne is working on articles about transgender truck drivers and women boxers.  I told her that George Rogge manages “Merciless” Mary McGee. 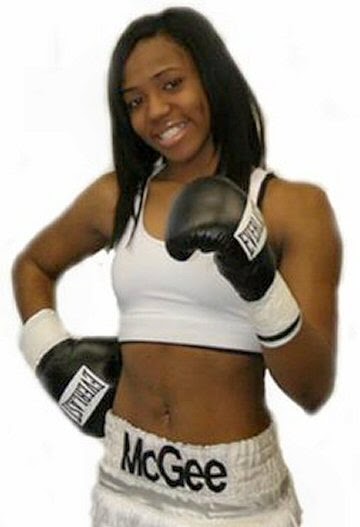 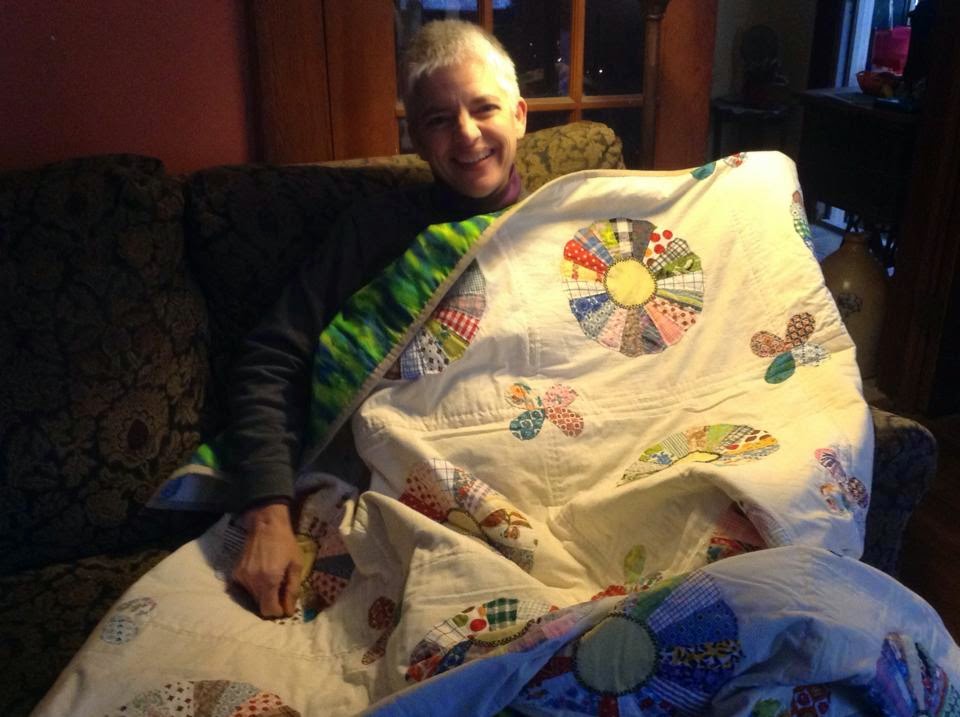 Also having lunch were recently retired Steve Spicer and skilled fiber artist Marianita Porterfield, who as always, asked about the family.  Sporting a black eye from a recent cataract procedure, Marianita assured me that her husband (WBBM TV anchor Harry Porterfield) didn’t do it.  Harry should profile Anne on his “Someone You Should Know” segment.  My guess is that Steve and Marianita were planning an upcoming Gardner Center event.  I’ve almost persuaded Spicer to become an acquisitions liaison for the Archives, starting with a collection about his beloved late wife Cara.

I finally got around to checking out the Valparaiso U. Welcome Project.  Categories range from ethnicity, sports, and Greek life to gender, sexual orientation, and transgender (for which there were three entires).  The featured story, “I Just Can’t Pick,” was by a bisexual woman who recalled as a kid thinking, “some Disney princesses were absolutely beautiful, but the princes were really cute, too.”  Her mother, worried about what others might think, asked why she couldn’t date just men.  The author claimed straight people were more understanding than gays, who were often condescending, believing bisexuals to be in denial or afraid to admit they were queer. 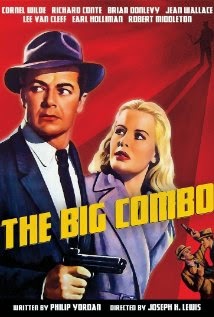 Peter Aglinskas is hosting a Film Noir series at the Brauer Museum at VU.  The last presentation was “Murder, My Sweet” (1944).  Next up: “The Big Combo” (1955), which features Cornel Wilde as a police detective on the trail of a crime boss played by Richard Conte.  Character actor Lee Van Cleef is a hoot as Fante, a gay gangster. Director Joseph H. Lewis, best known for “Gun Crazy” (1949), and cinematographer John Alton created an eerie mood.  As critic Ed Gonzalea wrote: “Shadows and lies are the stars of ‘The Big Combo,’ a spellbinding black-and-white chiaroscuro with the segmented texture of a spider’s web.”

Electrical Engineers took 5 points from Bobby McCann’s team and came within 8 pins of winning all three games.  Opponent John Kell finally mastered the hook his new ball produces and bowled well over average.  Melvin Nelson, on fire, finished with a 554 series.  When I told Melvie that it had been snowing at the university, John Kell joked, “Are you still in school?”  I told sports reporter Steve Gorches that I missed him at the East Chicago – Thea Bowman game, but he recently left the Times and now works for the Michigan City News-Dispatch.  I talked Big Ten basketball with Bob Robinson, like other original Engineers a Purdue fan happy that the Boilermakers swept their series with IU.  He recently visited Haiti and Jamaica on a Caribbean voyage but only saw enclaves owned by the cruise company.

Lake effect snow covered the Corolla after bowling, and slippery roads delayed my ride home by 40 minutes.  The sun was out Thursday morning when I headed for school, but a sign on 80/94 alerted me to a crash near Mile 11, so I got off at Portage.  On Route 12 I ran into near whiteout conditions before reaching I-65.  A long line of trucks clogged the ramp leading to 80/94, so I drove to the next exit and took Ridge Road to an unplowed Madison Street that led to IUN’s lot.

Jonathyne Briggs invited me to his class on the effect of the American counter-culture on European youth and, in turn, the influence of British bands on youth culture worldwide.  Even in the Soviet Union, for example, young people were discussing the Beatles’ “Sergeant Pepper’s Lonely Hearts Club Band” album.  Jonathyne pointed out that he’d learned from me that the first Beatles records sold in America were on a locally owned label (Vee-Jay, founded by Gary’s own Vivian Carter).   I found out about Teddy Boys (rowdy English teens who loved rock and roll, which they called “beat music” and heard on pirate stations at sea.  Conservative leaders in power in France (Charles DeGaulle), Germany (Konrad Adenauer), and Great Britain (Edward Heath) looked askance at counter-culture manifestations as a threat to public order. 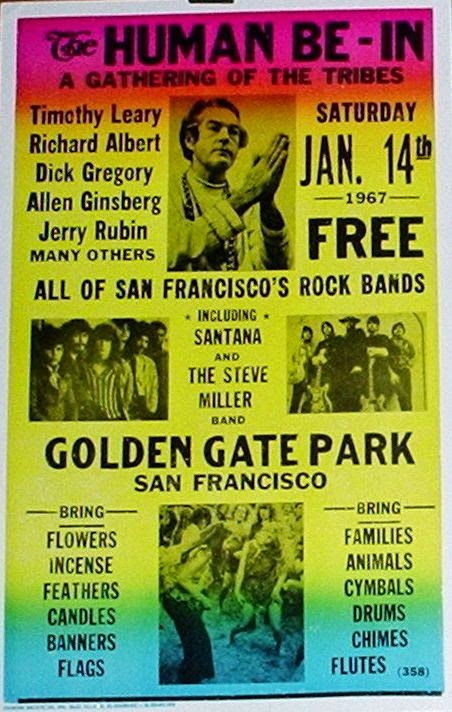 Briggs explained that what people regard as “The Sixties” didn’t start until after the death of JFK and the rise of Beatlemania.  For me, 1967 was a pivotal year.  A Maryland grad student, I recall gawking at a poster in the teaching assistants’ room advertising a Human Be-In and “Gathering of the Tribes” at San Francisco’s Golden Gate Park.  That led to the rise of psychedelic (acid) rock and the media fixation on Hippies, many of whom attended the Monterrey Pop festival and (like me) the March on the Pentagon.

New Republic reprinted Graham Greene’s account of traveling from Mexico to Cuba in November 1963.  The author of the brilliant satire “Our Man in Havana (1958) noted that “the delay at the airport is prolonged beyond the limits of plausibility.”  In Mexico passengers were photographed as if they were subversives.  Greene assumed it was the work of the FBI.  He added, tongue-in-cheek:  “I was lucky when I returned; I was cleared in a mere two and a half hours (the passenger list numbered 60).  Every book that comes out of Havana is closely regarded – even my “Pickwick Papers” (by Charles Dickens) – and on a counter the pile of confiscated material rose to a height of two feet.”

Steve McShane’s next class is on immigration to the Calumet Region and the 1919 Steel Strike.  I’ll speak briefly about Paul P. Glaser, a Russian Jew.  Both push and pull factors, primarily economic, caused a floodtide of newcomers to enter America early in the twentieth century.  Some Russians were escaping pogroms similar to modern ethnic cleansing, but in Glaser’s case the reason was political.  In 1905 he took part in a failed revolt against Czar Nicholas II and, sentenced to prison in Siberia, fled to England and then America.

After receiving a law degree from DePaul, Glaser opened a private practice in Gary in 1909 and became an American citizen four years later.  During World War I Glaser served on local Red Cross and Liberty Bond committees; after the Armistice he became disillusioned with President Woodrow Wilson’s hostility toward the Soviet Union and American workers.  During the 1919 Steel Strike he served as attorney for the union workers.  After federal troops arrived to crush the strike, Glaser was interrogated relentlessly for 24 hours while government agents ransacked his home, then claimed he was a Red because they found books on socialism.  Glaser’s troubles did not end with the failure of the strike; he became a victim of the Red Scare, a plot by reactionaries to persecute labor organizers and alleged radicals.   A judge stripped him of his citizenship, claiming he could not in good faith have pledged an oath to support the Constitution.  It took ten years of appeals to regain his citizenship.  Meanwhile, the Gary Bar Association prohibited Glaser from practicing law, citing a statute that required attorneys to be U.S. citizens.  Daughter Marguerite and son-in-law Albert Block took over his practice; ironically, Marguerite was later elected president of the Gary Bar Association.
Meyer Adelman (standing) with attorneys Lester Collins and Paul P. Glaser (right) 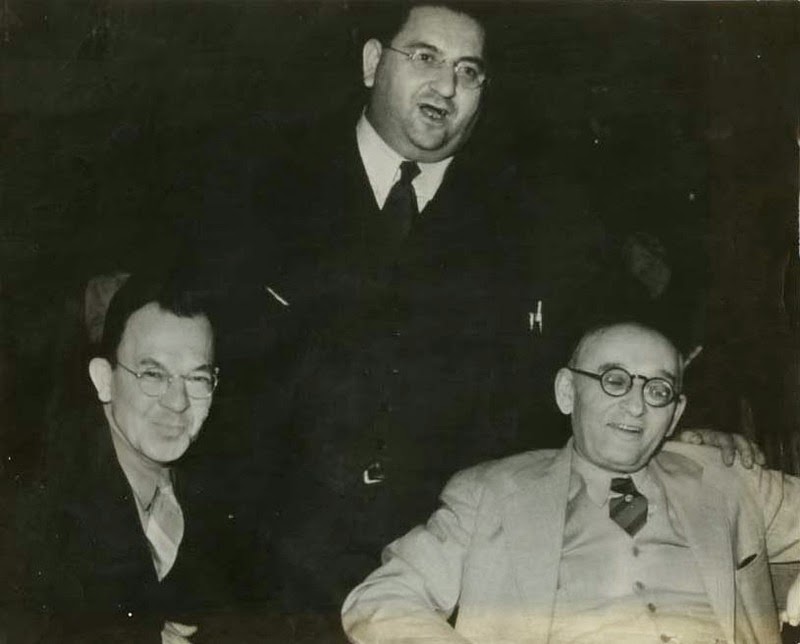 Searching the Internet for a photo of Paul P. Glaser, I found one of a CIO lawyer dated 1948.  Since Glaser died seven years previously, it must be his son, representing labor leader Meyer Adelman, who was sentenced to 240 days in jail for defying a court order to end a sitdown strike against Fansteel Corporation in Waukegan, Illinois.

On “Final Jeopardy” only contestant knew what author took exception to the title of a 2004 Michael Moore documentary.  The answer was Ray Bradbury, author of “Fahrenheit 451,” who objected to Moore’s “Fahrenheit 911,” chronicling Bush administration machinations after the September 11 attack on the World Trade Center to push the country into war with Iraq instead of focusing on the actual culprits, mainly Saudis. 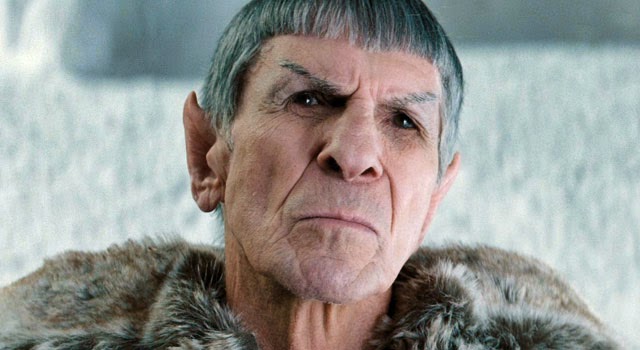 R.I.P. Leonard Nimoy, dead at 83, best known as Mr. Spock of “Star Trek.” Saying goodbye on Facebook were Jerry Pierce, Beamer Pickert, Samuel A. Love, Jerry Davich, Sarah McColly Weaver, and others.  Steve Spicer lamented: “One of the greats of American TV is gone to another dimension in the space-time continuum.”  Charles Halberstadt said, “I just want to watch Spock all day and cry.  Live long and prosper.”
Posted by James B. Lane at 1:33 PM No comments: